Fred Beckey (14 January 1923 – 30 October 2017) was an American rock climber, mountaineer and author, who made hundreds of first ascents, more than any other North American climber. In February of 2012 Fred came and stayed at our house for a week while we digitized and organized the slideshow that had been bouncing around in his car for several decades. Considered the ultimate dirtbag, our experience with Fred didn't disappoint. He slept on my couch, on the floor, raided the fridge and hit on my wife. At 89 years old he still his old spark. Stories rolled out in a constant stream as we looked through his pictures and DVDs of climbing expeditions from long ago. It was a pleasure to have spent a few days with Fred and make a few portraits as he packed up to head home. Shortly after this visit his health began to deteriorate and on October 30, 2017 Fred passed on into the next range at the age of 94. A true legend, Fred was a true inspiration and an example of a life well lived. 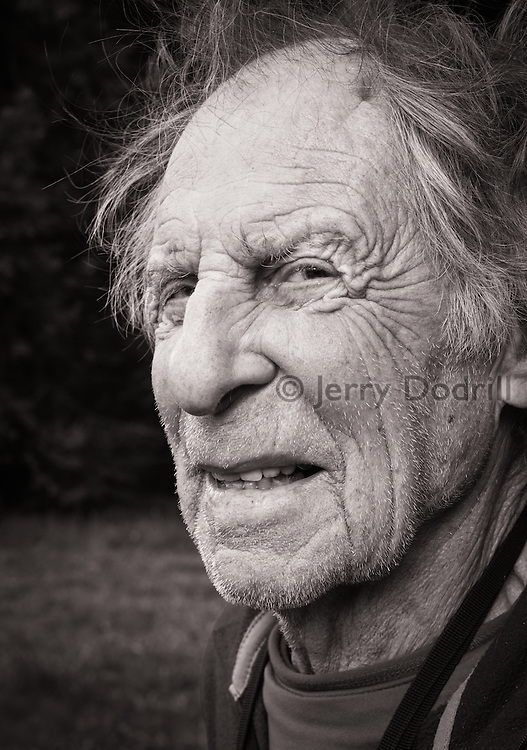